JEANTET is changing its governance with the creation of a Comex and a Board of Partners. The Comex will be in charge of the operational management and of the implementation of the strategic plan of the firm. It is made up of two elected partners, Catherine Saint Geniest and Karl Hepp de Sevelinges as co-managing partners, both for a 3-year mandate

The Board of Partners in charge of defining the overall strategy of the firm, growth and managing the relationship between the firm’s partners consists of 6 members: Thierry Brun, Yvon Dréano, David Lasfargue, Philippe Matignon, Martine Samuelian and Patrick Thiebart, all elected for a 3-year mandate.

The Comex and the Board of Partners aim to pursue the firm’s vision and to maintain and reinforce the pillars that have made and continue making JEANTET successful for nearly the past 100 years: independence, an international outreach and involvement.

With a clientele of mainly top-tier French groups, family businesses and groups major financial institutions, but also foreign and international companies (transnational matters make up 50% of its 2018 turnover) JEANTET wishes to maintain its strong identity in a market where independence is a real asset in view of emerging extraterritorial regulations but also reaffirm its position as a key actor for a demanding international clientele, especially in the geographic areas where the firm has its own offices or a recognized expertise: French-speaking countries, Eastern Europe and Africa.

“It’s a new chapter for our law firm, in keeping with the five generations of lawyers that have been at its helm but also in a spirit of openness allowing us to explore new avenues and take advantage of new opportunities. For the first time in its entire history, the firm will be managed by partners that joined as part of the firm’s external growth strategy. Karl and I thank the partners for their trust”, states Catherine Saint Geniest.

Beyond its strong and historical expertise on corporate matters, JEANTET was the first French law firm (in 2011) to create, on the foundation of its decades of experience in the field of Economic Law, a practice in public affairs and lobbying. It is the first firm to have positioned itself, as early as 2015, in the digital economy market, with a specific service offer and its webzine DigitLegal. These two service concepts show JEANTET’s agility in addressing new challenges, such as the hyper-regulation of economic sectors and the hyper-mobility of a new economic sector. JEANTET will therefore further strengthen its positioning within these areas of expertise and develop new areas of expertise. The firm does not rule out welcoming new teams in the near future.

“JEANTET has built its success with its pioneering spirit. As a reminder, it is the first law firm with a clear strategy on offering legal advice to foreign businesses as well as in the field of Economic Law. This attitude drives us to constantly innovate, to have the means to master new challenges as well as anticipating and developing a forward-looking approach for our clients” adds Karl Hepp de Sevelinges.

JEANTET’s Ethics charter recalls the founding values of the firm, to which the new management structure attaches great importance:

– Human values (respect of others, solidarity, loyalty, trust between partners…)

– Outreach of the firm

Catherine Saint Geniest is a former member of the Conseil de l’Ordre (General Council) of the Paris Bar from 2010 to 2012. She joined Jeantet in 2013.

Karl Hepp de Sevelinges is a member of the Paris, Frankfurt and New York Bars and has been advising clients for more than 20 years in cross-border investment projects mainly in France and Germany. He is also known for his particular expertise in Eastern European transactions.

Hepp de Sevelinges was a partner at Gide Loyrette Nouel and headed its New York office before joining Jeantet in 2015. 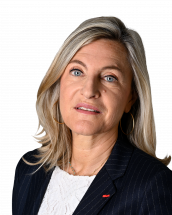 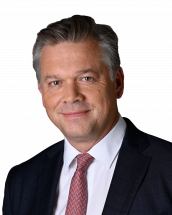 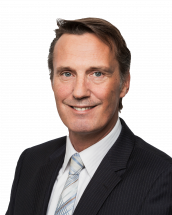 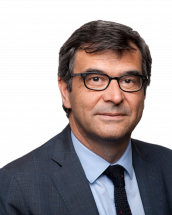 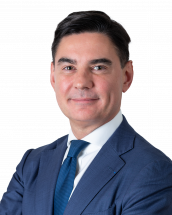 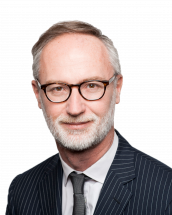 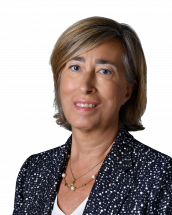