David Lasfargue began his international career in Prague in 1995. He worked in Paris and then headed the Moscow office of Gide from 2001 to 2016. He has been head of Jeantet’s Moscow office since May 2016.

He has been advising a large number of international investors, in particular French investors, for 20 years in connection with their establishment and operations in Russia and in the CIS and Eastern European countries. 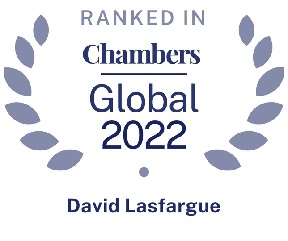 View all the news of David Lasfargue