Sanctions were adopted against Russia further to these actions of Russia (please see our legal alerts on sanctions against Russia dated 24 and 28 February 2022, and 2 March).

This additional legal alert is mainly focused on the fourth round of sanctions adopted by the European Union (EU), the United States, and the UK.

Additionally, on 11 March, the United States announced joint measures together with Canada, France, Germany, Italy, Japan, and the United Kingdom as well as the European Union, according to the White House official press-release. Such measures include:

►Denying borrowing privileges at multilateral financial institutions, including the International Monetary Fund and the World Bank.

►New guidance by the Department of Treasury to evade sanctions evasion, including through virtual currency.

►Ban new investment in any sector of the Russian Federation economy by a United States person wherever located.

On 15 March 2022, the EU decided to impose a fourth package of economic and individual sanctions in response to Russia’s supposed actions in Ukraine. 2 The new measures include a prohibition on:

►new investments in the Russian energy sector which is defined as:

+the manufacture or distribution within Russia of solid fossil fuel products, refined petroleum products or gas; or

+the construction of facilities or installation of equipment for, or the provision of services, equipment or technology for, activities related to power generation or electricity production.

The Council expanded the list of persons connected to Russia’s defense and industrial base, on whom tighter export restrictions were imposed regarding dual-use goods, and goods and technology which might contribute to Russia’s technological enhancement of its defense and security sector. The EU also introduced:

►trade restrictions on luxury goods to Russian persons or for use in Russia. Banned goods are listed in an annex and generally refer to items exceeding EUR 300 per item.

On 16 March 2022 Switzerland announced that its list of sanctioned individuals and entities now fully mirrors that of the EU.

On 15 March UK announced its fourth package of sanctions targeting Russia. 3 The new sanctions target Russian individuals and entities. Those subject to the sanctions will have their assets in the UK frozen, be banned from travelling to the UK and no UK citizen or company may do business with them. 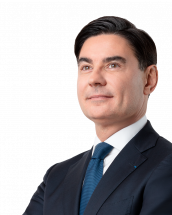