Ordinances n°2021-1192 and 2021-1193 of September 15, 2021, respectively reforming security law and amending Book VI of the French Commercial Code, implement mandates of the PACTE Law of May 22, 2019[1] to: modernize security law[2], improve the articulation of security law with collective proceedings law[3] and transpose the (EU) Directive 2019/1023 of June 20, 2019[4], known as the “Restructuring and Insolvency Directive”[5]. For technical reasons, the latter two pieces were united in the same ordinance.

The aim of the security law and articulation of securities with collective proceedings overhaul was to simplify security law in order to modernize it and make it easier to understand, strengthen legal certainty and efficacy of securities while preserving the balance between the interests involved, particularly in the context of collective proceedings, and thereby make French law more attractive.

The implementation of the Restructuring and Insolvency Directive introduces into French law the rules set out in the directive and makes choices among the options offered by it. The purpose of the directive is to strengthen the efficiency of preventive and insolvency proceedings, facilitate use of preventive proceedings and improve the position of secured creditors, especially those holding security.

Thanks to the simultaneous agenda of these reforms, the PACTE Law has paved the way for an unprecedented consistency and efficiency work in the position of secured creditors in France. Its preparation was enlightened by extensive public consultations[1] and the transposition of the Restructuring and Insolvency Directive part was furthermore conducted under close cooperation between France and Germany[2]. The result is a cornerstone reform[3] that materially recasts the situation of secured creditors at all stages of security life.

Ordinance 2021-1192 related to securities will not come into force until January 1, 2022, in order to give parties the time to modify their templates of agreements. Ordinance 2021-1193 modifying collective proceedings law enters into force on October 1, 2021, a transposition deadline imposed by the Directive, except for certain provisions related to securities whose effective date is postponed so as to be aligned with the schedule of the reform of securities. In both cases, the new provisions will not have retroactive effect.

This paper outlines the key changes in security law and in the treatment of secured creditors in restructuring and insolvency proceedings that together substantially strengthen the position of secured lenders within a recast balance of interests.

[2] See the report to the President of the Republic. There is a mutual commitment to coordinate on the transposition of European law and to approximate their legislation in business law arising from the Franco-German Integration and Cooperation Treaty of 22 January 2019. Cooperation aimed at converging the laws of the two countries on preventive procedures and the treatment of creditors within creditor classes

[3] Formal improvements bring the language of security law in line with the expectations of today’s economic protagonists.

[2] Article 60.1 to 60.13: The content of the reform was enlightened by proposals of the working group led by Pr Michel Grimaldi under the aegis of the Henri Capitant Association in September 2017. 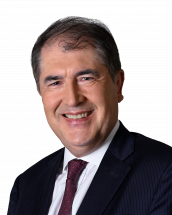 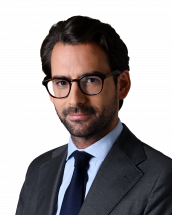