You are here: Home1 › News2 › Press releases3 › Jeantet advised Equitis Gestion on the implementation of a trust solution...
Press releases

Paris, April 17, 2020 – Jeantet advised Equitis Gestion, an AMF-accredited management company, as trustee, in connection with the implementation of a trust solution (fiducie-gestion) allowing the restructuring of the debt of Cybergun, a company specialized in the development and marketing of airsoft replica weapons. The total amount of Cybergun’s debt that was to be restructured (the bond debt but also other financial debts) amounted to approximately €12 million (nominal + interest already due and to be paid at maturity).

The trust must allow the restructuring of this debt, in particular through the gradual conversion of these debts into shares, whose proceeds would be used to reimburse the creditors who have adhered to the trust (a process known as “equitization” carried out through the exercise of share subscription warrants by the trust by way of set-off against a portion of the receivable held by the trust on Cybergun).

The set-up of a trust was part of the accelerated financial safeguard plan approved by the Commercial Court of Nanterre on February 10, 2020, in favour of Cybergun.

More precisely, Option 1 consisted in creditors transferring their receivables to a trust and becoming a constituting party and a beneficiary of the trust. From an economic point of view, the receivables would be “converted” over time into shares that would immediately be sold on the market. The net proceeds from the sale of the shares will be returned to these beneficiaries pro rata to the receivables they transferred to the trust. In addition, creditors who have chosen Option 1 will receive listed warrants.

Option 2, on the other hand, consisted in creditors receiving an immediate cash payment from Cybergun corresponding to the reimbursement of 30% of their receivables and receiving other types of listed warrants.

Participation to the trust has been very successful, as at the end of the election period between Option 1 and Option 2, which expired early April 2020, more than 52% of the total amount of debt to be restructured has been contributed to Option 1.

Cybergun was advised by PLM Avocats (Patricia Le Marchand and Morgane Michel) on the restructuring aspects, and by Delsol (Henri-Louis Delsol and Vincent Guevenoux) on the corporate and capital markets aspects.

Europe Offering (Sebastien Tetard, Maxime Baudry and Quentin Hatziraptis) was in charge of the assistance in the set-up of the trust. 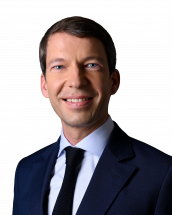 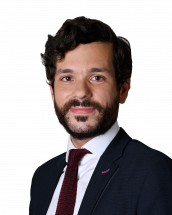