You are here: Home1 › News2 › Newsletters3 › COVID-19: Renegotiation in case of an upheaval in the contract economy
Newsletters

COVID-19: Renegotiation in case of an upheaval in the contract economy

The exceptional circumstances resulting from the measures imposed in order to prevent the propagation of COVID-19 may make it excessively onerous for companies to fulfil their contractual obligations, without, however, preventing them from doing so.

In order to cope, statutory and contractual provisions allow debtors to request the renegociation of their engagements.

If it has been provided from the beginning, a hardship clause must be implemented by the aggrieved contracting party (I.). Where no such clause exists, the debtor may benefit from the general legal provision of revision for unforeseen circumstances provided by article 1195 of the Civil Code (II.).

I. IMPLEMENTATION OF HARDSHIP CLAUSES

Hardship clauses (most often related to an event of an economic rigour liable to disrupt the economy of the contract[1]) are common in international contracts, in order to compensate the absence or inadequacy of a legal mechanism of revision for unforeseen circumstances[2].

These clauses usually oblige the contracting parties to renegotiate the contract in the event of unforeseeable events occurring after the conclusion of the contract, in which the injured party should not assume the risk[3], and render the performance of the contract particularly onerous.

Concerning the excessively onerous effect, the Court of Cassation seems to require the injured party to demonstrate, difficultly, a fundamental alteration of the balance of the respective prestations[4]. On a case-by-case basis, and depending on the prestation concerned, the coronavirus crisis could lead to such an alteration.

Hardship clauses differ from clauses that provide an automatic mechanism to adapt contractual stipulations, usually with reference to indexes determined in advance by the parties (e.g. indexation clauses that take into account measurable events, whether or not the origin of these events is foreseeable).

Indeed, the hardship clause does not automatically set the new contractual stipulations that will apply once the triggering event occurs. It is always preferable for the parties to have, as far as possible, contractually specified the factors for implementing the clause and the conditions of renegociation ; in particular, this will be done by specifying in the contract which clauses may be modified, if necessary within limitations, or by allowing the intervention of a third party whose mission must be precisely defined beforehand[5].

If the renegotiation is successful, the contract remains in force with the amendments made by the parties. If the discussions fail, the contract should in principle continue to produce its effects under the original conditions, unless the circumstances which led to the renegotiation can be analysed as a genuine case of force majeure which prevents its performance or unless a claim can be brought before the courts ; it will be the case if the contractual clause provides specific obligations (such as the obligation for each party to submit proposals for new clauses balanced for each party) or the possibility to seek judicial redress in the absence of agreement between the parties. Some clauses even provide that the failure of the renegotiation will give the parties the right to terminate the contract.

Since the Contract Law reform in 2016, if the renegociation fails, a judicial review may be requested if the parties to a contract governed by French law have not excluded the application of Article 1195 of the Civil Code[6].

If the parties have excluded the application of Article 1195 of the Civil Code, the judge’s power will be limited to verifying that the conditions for hardship have been met and that the parties have effectively renegotiated the contract in good faith. The judge may terminate the contract or refer the parties to a final renegotiation and it will be up to him to sanction the prejudicial behaviour of a party[7].

The new Article 1195 of the Civil Code, resulting from the Ordinance dated 10 February 2016 reforming Contract Law and applicable to contracts signed as from October 2016, now lays down a general rule for dealing with unforeseen situations (i.).

However, this text leaves a certain number of special pre-existing statutory provisions, which in principle exclude the application of Article 1195 of the Civil Code (ii.).

« If a change in circumstances unforeseeable at the time of the conclusion of the contract makes performance excessively onerous for a party who had not agreed to assume the risk, that party may request the other party to renegotiate the contract. It shall continue to perform its obligations during the renegotiation.

In preamble, it should be pointed out that Article 1195 of the Civil Code establishes a suppletive mechanism which leaves a large place for clauses and agreements contrary to its provisions[8] and would preclude the application of Article 1195 of the Civil Code within the limits of the texts penalising unfair terms such as those which would transfer to one of the parties the essential risks of a change of circumstances and would entail unreasonable consequences for that party  [9].

Although the text provides that the injured contracting party may have agreed to assume the risk which render the performance of his obligations excessively onerous, part of the doctrine considers that it is uncertain whether the parties can validly waive purely and simply the provisions of Article 1195 of the Civil Code, awaiting a decision of the Court of Cassation on this point[10].

–  moment of change: the change in circumstances must have been unforeseeable for the parties at the time of the conclusion of the contract and the imbalances must therefore result from elements occurring after its conclusion; with regard to the coronavirus crisis, it could be discussed when this crisis (and its effects on the economy and the performance of contracts) became foreseeable for the parties: 31 December 2019 with the first alert in China? the end of January 2020 with the start of containment in that same country? March 12, 2020, when the French Government announced the shutdown of schools?…

–  origin of the change: the imbalances must have causes external to the affected party[11]. For the coronavirus crisis, it will be difficult to consider that this requirement is not met, except in exceptional circumstances (specific negligence by one party…).

–  nature of the change: the notion is broad enough to refer to a sudden, brutal event, or not. For the coronavirus crisis, change should be characterisable in many contractual situations (due to restrictions on movement, sick staff or staff forced to look after their children, supply difficulties for certain industries, etc.).

–  the nature of the distortion: :  the performance of the obligations by the contracting party, although possible, must have become excessively onerous; in the case of the coronavirus, only a case-by-case assessment will make it possible to evaluate whether or not this requirement is met.

–  the unpredictability of the change of circumstances at the time of conclusion: Article 1195 of the Civil Code is only applicable in the event of an occurrence that the parties were unable to reasonably take into account at the time of the contract conclusion[12] ; although it is difficult to claim that the coronavirus crisis (and its effects) was foreseeable, at least before the beginning of 2020, some might try to evoke the words of Bill Gates (dated 2015) or a 2009 CIA report that warned on the risks of a pandemic and a contagious virus coming from China…

–  lack of assumption of risk:   the aggrieved party may not have accepted to assume the risk which makes the performance of the contract excessively onerous. Particular attention should be paid to the content of the contractual provisions, as some contractors have learned from previous epidemics or pandemics by introducing standard clauses for the acceptance by their co-contractor of similar risks.

The way in which the situation will be dealt with:

Certain provisions exclude the revision of the unbalanced contract such as the following articles:

It should be noted, however, that the Court of Cassation [16] has already conceded that the judge could, even in the absence of written authorization, grant a price supplement if the requested amendments resulted in a “disruption in the economy of the contract” ;

In addition, there are special provisions for a revision of a contract that would become “unbalanced“; in particular in the following cases:

Therefore, with regard to exceptional situations, the possibility of renegotiating contractual agreements appears particularly useful and needs to be studied on a case-by-case basis, particularly in the context of the coronavirus crisis.

However, the performance of agreements (even if costly) must be pursued during the renegotiation and the mechanism of Article 1195 of the Civil Code gives important powers to the judge, reducing the parties’ capacity to control the future of their contractual relationship.

Finally, as this option comes from a recent provision (Ordinance dated 10 February 2016), it does not, as it stands, offer any hindsight on its practice by the courts; the coronavirus crisis could constitute a real test for the parties and for the courts… 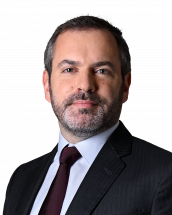 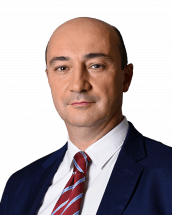